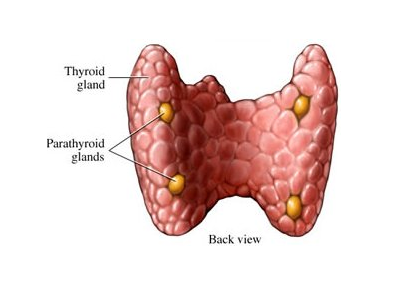 There is a direct relationship between cholesterol and Thyroid disease.  Here is why: 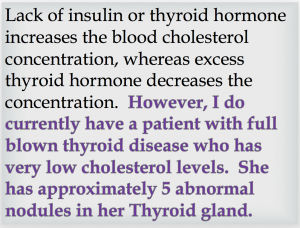 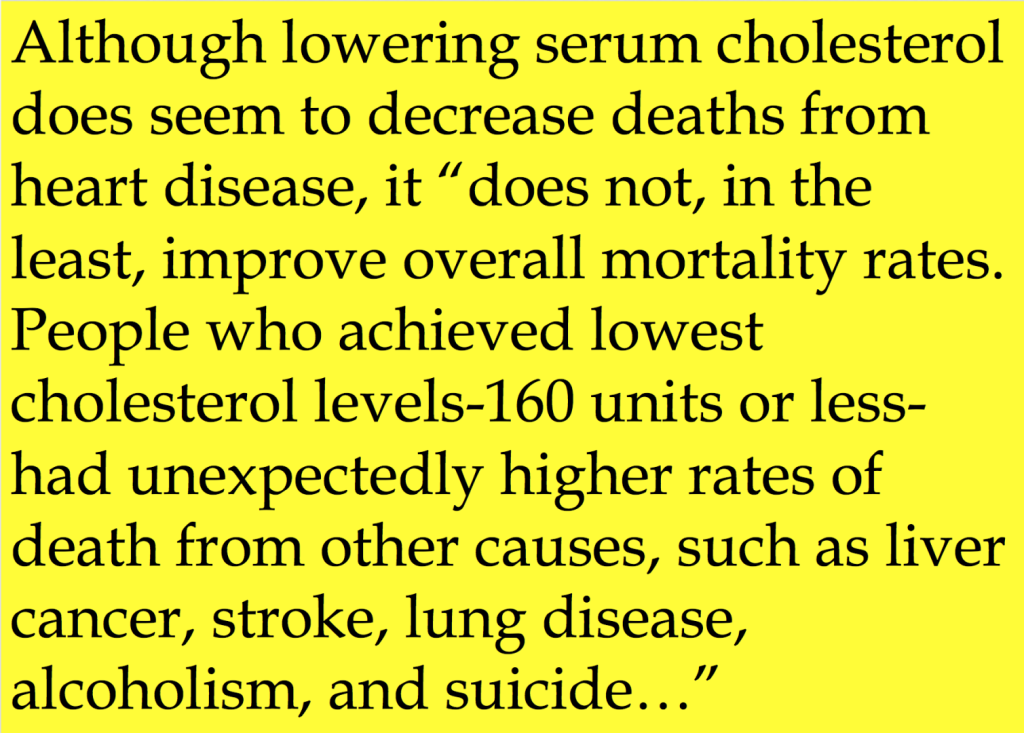 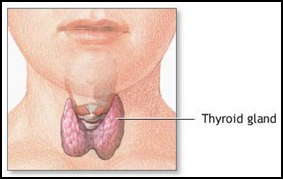 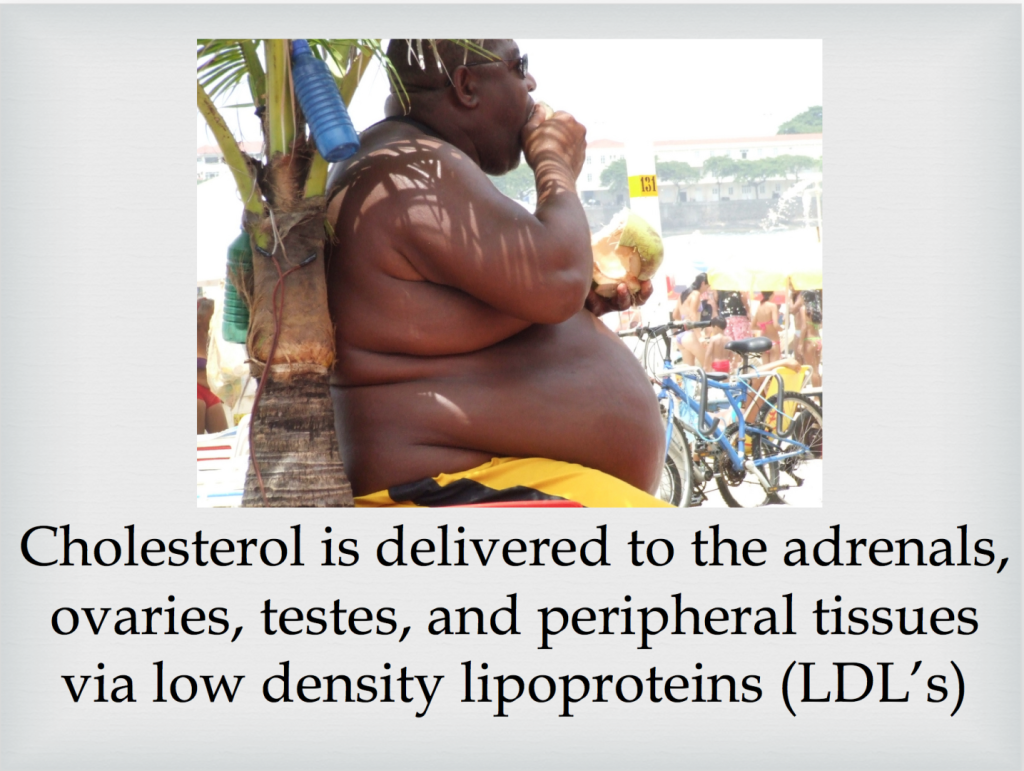 There are several different types of lipoproteins (cholesterol types)

Cholesterol lowering medication (statins) may not be so great.  And, here is why:

Common Reported Side Effects Of Statin and Cholesterol-Lowering Medications 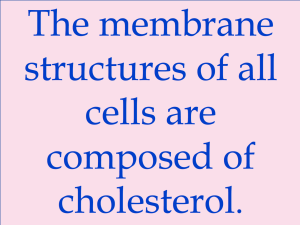 So, let’s look at this logically.  If every cell in the body is composed of cholesterol then how could it be bad for you?  And, if high cholesterol levels are to be associated with heart disease and so many other health problems then why are low cholesterol levels well proven to be far, far more dangerous and associated with global amnesia, low sex drive and low libido, hallucinations, aggression, cerebral hemorrhages, depression, suicide, etc.? 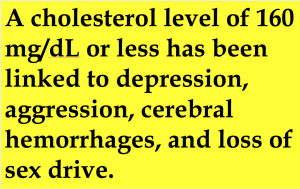 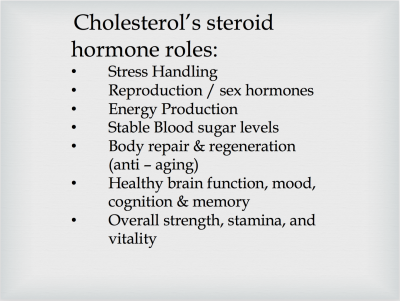 Let’s continue with LOGIC AND REASONING.  Cholesterol is the precursor to all of the sex and longevity hormones.  Therefore, if the levels of cholesterol are too low then you are less vital, less able to cope with stress and less sexually potent.  The reason for this is because you have less of the raw materials with which to make the hormones that allow for vitality, drive, stress handling and adaptability, resilience, sexual potency and energy.  Therefore, there is always some underlying cause of low cholesterol.  The TRIAD OF HEALTH addresses all of these underlying causes through the use of the Triad Of Health Chiropractic Kinesiology System of Checks and Balances.  We diagnose whether or not there is an infection causing cholesterol imbalance or if it is due to toxicity or emotional causes or whatever the case may be.  Not only that, but we have the therapies to address all of these myriad causes. 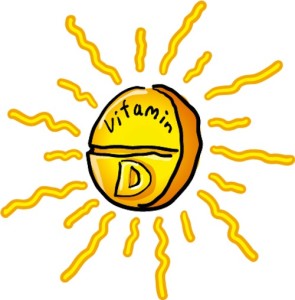 Cholesterol is needed to make:

Low cholesterol levels are related to a significantly increased risk of death from a variety of conditions and situations unrelated to heart disease, including, but not limited to, cancer, suicide, and accidents.  You need cholesterol to make brain cells so with a cholesterol level that is too low we see brain hemmorhages, depression, suicide, etc. 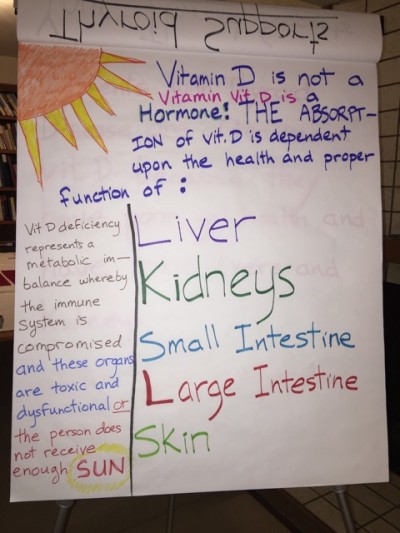 Maybe it is hard to read what it says in the photo to the left here.  I can translate:

The Function of Vitamin D:

Vitamin D deficiency represents a metabolic imbalance whereby the immune system is compromised and these organs are toxic and dysfunctional OR the person does not receive an adequate amount of sun on a regular basis.