DO OUR GENES BE CAUSING US TO CONTRACT DISEASES? 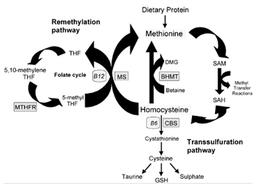 Again and again for quite a few years now I have heard from people from the public, talked to doctors and heard about from T.V. how certain genes determine whether or not we will contract certain diseases or not.  In fact, even in graduate school I was taught that certain findings were positive for certain diseases such as a reverse A/G ratio for Multiple Myeloma and a positive ANA test for Lupus and also genes which might show the increased likelihood of inheriting a specific disease such as the ones I just mentioned or Rheumatoid Arthritis or Diabetes or other diseases.  However, these ideas are not revealed by the research.

Dr. Bruce Lipton M.D., the world reknown epigeneticist who taught medical students molecular biology for over 20 years sheds some light on this subject in his book, The Biology of Belief.  This excerpt is taken directly from his book, p.40

“[We now know that the environmentally influenced fine-tuning described above can be passed from generation to generation.  A landmark Duke University study published in the August 1, 2003 issue of Molecular and Cellular Biology found that an enriched environment can even override genetic mutation in mice.  (Waterland and Jirtle, 2003).  In the study, scientists looked at the effect of dietary supplements on pregnant mice with abnormal “agouti” gene.  Agouti mice have yellow coats and are extremely obese, which predisposes them to cardiovascular disease, diabetes, and cancer.

In the experiment, one group of yellow, obese, agouti mothers received methl-group-rich supplements available in health food stores: folic acid, vitamin B12, betaine, and choline.  Methyl-rich supplements were chosen because a number of studies have shown that the methyl chemical group is involved with epigenetic modifications.  When methyl groups attach to a gene’s DNA, it changes the binding characteristics of regulatory chromosomal proteins.  If the proteins bind too tightly to the gene, the protein sleeve cannot be removed and the gene cannot be read.  Methylating DNA can silence or modify gene activity.

This time the headlines “Diet Trumps Genes” were accurate.  The mothers who got the methyl-group-rich supplements produced standard, lean, brown mice, even though their offspring had the same agouti gene as their mothers.  The agouti mothers who didn’t get the supplements produced yellow pups, which ate much more than the brown pups.  The yellow pups wound up weighing almost twice as much as their lean, “pseudo-agouti” counterparts.

…..Though the two mice are genetically identical, they are radically different in appearance: one mouse is lean and brown and the other mouse is obese and yellow…..the obese mouse is diabetic while its genetically IDENTICAL counterpart is healthy.  [this is also true] in a variety of diseases, including cancer, cardiovascular disease, and diabetes.  In fact, only 5 percent of cancer and cardiovascular patients can attribute their disease to heredity.  (Willet, 2002).  While the media made a big hoopla over the discovery of the BRCA1 and BRCA2 breast cancer genes, they failed to emphasize that ninety-five percent of breast cancers are not due to inherited genes.  The malignancies in a significant number of cancer patients are derived from environmentally induced epigenetic alterations and not defective genes.  (Kling, 2003; Jones, 2001; Seppa, 2000; Balin, 1997)

…..The…evidence has become so compelling that some brave scientists are even invoking the “L” word for Jean Baptiste de Lamarck, the much scorned evolutionist, who believed that traits acquired as a result of environmental influence could be passed on.  Philosopher Eva Jablonka and biologist Marion Lamb wrote in their 1995 book Epigenetic Inheritance and Evolution – The Lmarchian Dimension “In recent years, molecular biology has shown that the genome is far more fluid and responseive to the environment than previously supposed.  It has also shown that information can be transmitted to descendants in ways other than through the base sequence of DNA.”  (Jablonka and Lamb 1995).

We’re back to where we started – the environment.  In my own work in the laboratory, I saw over and over the impact a changed environment had on the cells I was studying.  But it was only at the end of my research career, at Stanford, that the message fully sank in.  I saw that endothelial cells, which are the blood vessel-lining cells I was studying, changed their structure and function depending on their environment.  When, for example, I added inflammatory chemicals to the tissue culture, the cells rapidly became the equivalent of macrophages, the scavengers of the immune system.  What was also exciting to me was that the cells transfromred even when I destroyed their DNA with gamma rays.  These endothelial cells were “functionally enucleated,” yet they completely changed their biological behavior in response to inflammatory agents, just as they had when their nuclei were intact.  These cells were clearly showing some “intelligent” control in the absence of their genes. (Lipton, 1991)

Twenty years after my mentor Irv Konigsberg’s advice to first consider the environment when your cells are ailing, I finally got it.  DNA does not control biology, and the nucleus itself is not the brain of the cell.  Just like you and me, cells are shaped by where they live.  In other words, it’s the environment, stupid.]”