Does Homeopathy Really Work? Has it Been Researched? 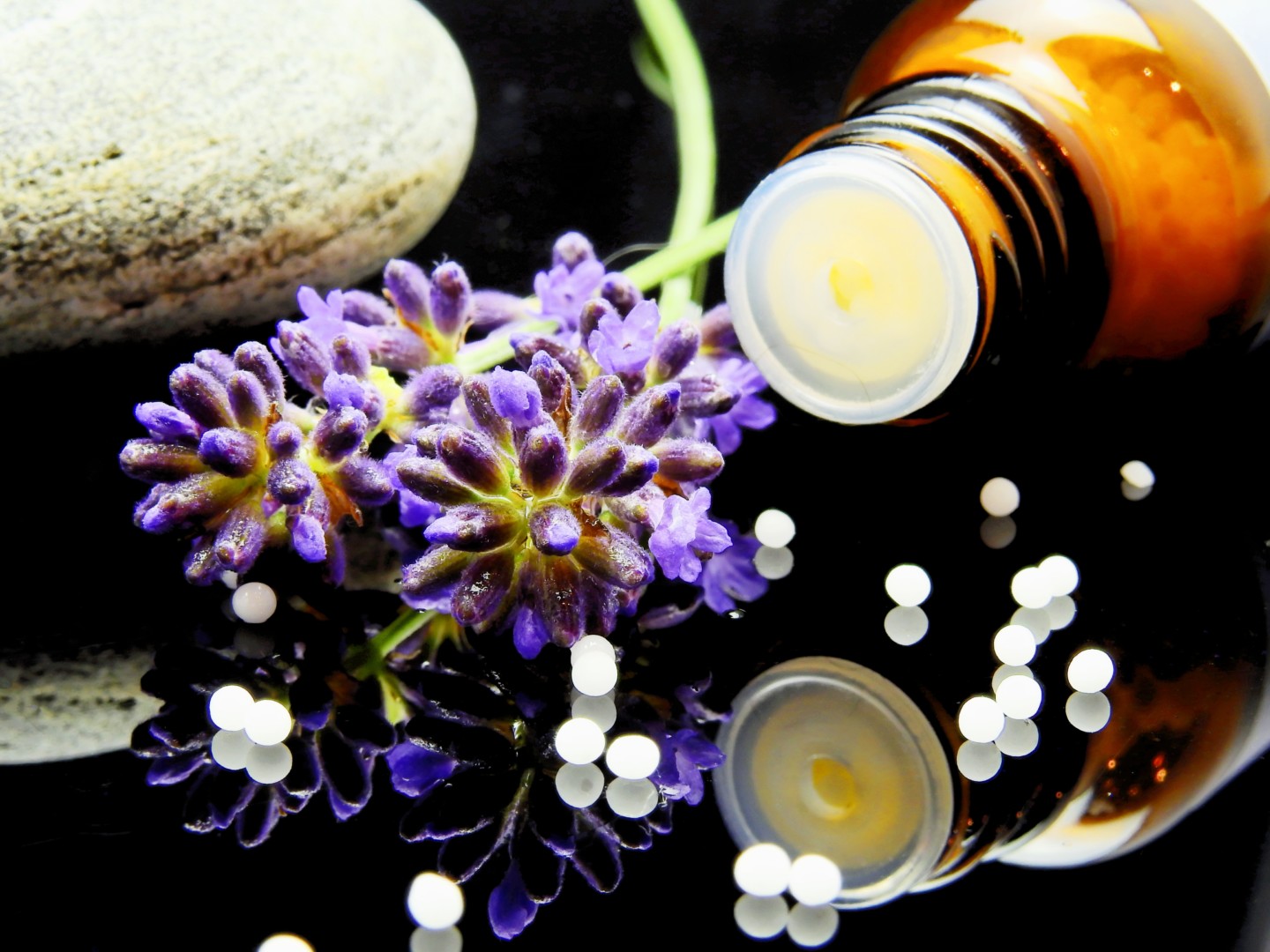 Listed here are just a few of the thousands of available studies using homeopathic remedies, including both laboratory studies and clinical research, that have been acquired over the last 200-plus years. Research is ongoing with more studies continuing to be published every year, which substantiate the use of homeopathy as a viable treatment modality. Of course, the very first clinical study in homeopathy was performed by Samuel Hahnemann, MD (1755-1843), the founder of homeopathy. Countless clinical research and new discoveries have taken place, and continue to take place, since that time.

To the surprise of most, the first double blind cross-over study ever performed was done in 1906 by homeopathic practitioners. This impressive study was done concurrently in eleven different cities on 51 subjects. This particular experiment consisted of 665 pages, which was the Research Provings of the homeopathic ingredient Belladonna. Another early double-blind study was sponsored by the British Government during World War II. This experiment demonstrated that those given homeopathic remedies experienced significant improvement in burns from mustard gas in comparison to those who were given a placebo. A 1982 review provided further substantiation of this significant research. 1,2

In the early 1900’s a book was also published called “The Logic of Figures or Comparative Results of Homeopathic and Other Treatments.” This book provides dozens of charts comparing disease and death rates in homeopathic and allopathic hospitals for the epidemic diseases of scarlet fever, yellow fever and typhoid. Also noted in this book is the fact that homeopathic hospitals usually had 50-80% less deaths per 100 people, depending on the disease compared. 3

The number one criticism in the scientific community has traditionally been the “infinitesimal” nature or the dilution principle of homeopathy. Homeopathic practitioners do agree that once a remedy is diluted beyond 24X or 12C potencies, they are diluted beyond Avogadro’s Number (6.02 X 10 ), which theoretically indicates that no molecules are present from the original substance. However, both laboratory and clinical results have consistently demonstrated definite effectiveness with remedies beyond this dilution.

A study published in 1997, titled “Are the Clinical Effects of Homeopathy Placebo Effects? A Meta-analysis of Placebo-controlled Trials,” found that the combined odds ratio for the 89 studies entered into the main metaanalysis was 2 to 45 in favor of homeopathy. The results of the meta-analysis concurs with the hypothesis that the clinical effects of homeopathy are not due to placebo. 4

In a time and age when medicines have a rapid turnover due to harmful side effects, homeopathy has stood the test of time. Pollutants and factors that influence the food we consume are also of major concern to the qualities of our lives. The conditions of modern industrial antibiotic metaphylaxis that is routinely administered at live stock farms has lead to several problems in animals, human health, as well as adding more insult to our environment. A 1999 study demonstrated that homeopathic metaphylaxis was significantly effective compared with placebo and routine low-dose antibiotic metaphylaxis for the incidence of disease and rate of disease of the respiratory tract among the animals studied. 5

Clinical evidence with help for rheumatoid arthritis was published in The British Journal of Clinical Pharmacology demonstrating results in a double-blind experiment on patients. An impressive 82% of those given a homeopathic medicine experienced some relief of symptoms, while only 21% of those given a page 1 NETmindbody.com placebo experienced any similar degree of improvement.

The re-emergence of the use of homeopathy by US practitioners has been steadily gaining a new presence, with the rate of homeopathic product sales growing by approximately 12% per year, according to the American Homeopathic Pharmaceutical Association. 8

Homeopathic intervention in pregnancy, birth and post-birth conditions has also been of interest to practitioners and patients. In a paper published in the Journal of Nurse-Midwifery, “Homeopathic Remedies in Prenatal Care,” specific recommendations for treatment of leg cramps and other pregnancy-induced discomforts (such as anemia, herpes, nausea and hyperemesis, ptyalism, and pica) are discussed. The use of remedies to turn breech and other malpositioned babies prior to term is presented, as well as discussions on the induction of labor and homeopathic interventions for premature babies. 9

Another paper, titled “Homeopathy – A Theoretical Framework and Clinical Application,” published in the same journal discusses the use of homeopathy for the treatment of mastitis, breast abscesses and lactation difficulties. 10

A study by British Veterinarian, Christopher Day, was conducted with several pilot studies demonstrating how homeopathic remedies had reduced labor problems in cattle, stillbirths in pigs, and mastitis in cattle. 11

A 1983 study using the homeopathic ingredients Apis and Histamine showed there was a significant effect on reducing the release of certain allergy-causing chemicals from basophils and other cells in the body in allergic patients. 13

A respected pharmacological journal also published a study which showed improved immune system function with the use of the homeopathic ingredient Silica, which had a significant effect on stimulating macrophages in mice and destroying foreign particles, bacteria, and old cells. 14

In regard to studies on heavy metal toxicity, the respected journal, Human Toxicology, published a study showing homeopathic doses of arsenic eliminated crude doses of trapped arsenic that had been previously fed to rats. 15

The respected German Pharmacological Journal demonstrated a statistically significant improvement in reducing vertigo and nausea with a homeopathic combination formula. 16

Four German scientists at a Veterinary College showed that the homeopathic ingredient Chelldonium had lowered serum cholesterol when given twice a day to rabbits on a cholesterolrich diet. 17

The Cancer Research Center in India found that of 77 mice receiving a transplant in fibrosarcoma, 52% survived more than one year by taking homeopathic preparations. The control group that was untreated, died within 10-15 days. 18

Scientists at a British School of Pharmacy found that rodents given Hypericum were able to inhibit pain responses. Rodents were able to remain on a hot plate longer than the control group. When given Naloxone page 2 NETmindbody.com (which inhibits pain killing endorphins), the protective effects of Hypericum was reduced, showing that homeopathic Hypericum activates endorphins when needed. (Note: the rodents were free to walk off the hot plate at any point.) 19

Nuclear Magnetic Resonance testing showed that each and every one of the 23 different homeopathic remedies and potencies tested in the study had distinctive readings of submolecular activity, while the placebos did not, demonstrating that homeopathy’s function is not so much of a chemical nature, but rather more of an energetic nature. 20

3. Howard P. Bellows, The Test Drug Proving of the O.O. and L. Society: A Reproving of Belladonna (Boston: The American Homeopathic Ophthalmological, Otological, and Laryngological Society, 1906).

5. Henning Albrecht, PhD, and Achim Schutte, DVM, “Homeopathy Versus Antibiotics in Metaphyslaxis of Infections Diseases: A Clinical Study in Pig Fattening and its Significance to Consumers,” Alternative Therapies, September 1999, VOL. 5, NO.5.

15. J.C. Cazin et al., “A Study of the Effect of Decimal and Centesimal Dilution of Arsenic on Retention and Mobilization of Arsenic in the Rat,” Human Toxicology, (July 1987).