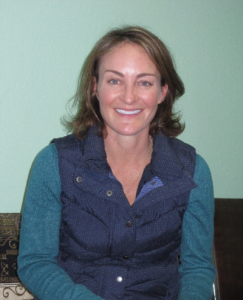 After years of struggling with a very sensitive digestive system, bloating issues, fungal infection, toxicity issues, fluctuating weight gain and medical procedures that led nowhere, I connected with Dr. Ilya at a Vitamin Shoppe. I am thrilled to have accomplished huge changes with my body within just a few treatments. I am regaining mental clarity; I lost 5 pounds within the first week (toxics that were stored in my fat cells), and am really starting to understand and feel a connection within and about my body that I was not in tune with for many years even though I thought I was!

I have always considered myself to have be happy, super active and have a lot of energy but I admit that this had not been the case for quite some time when I recently met Dr. Ilya. Instead, I had been starting to feel really sluggish, fatigued, moody, bloated, mentally fogged, and to experience stubborn weight gain (even though I was not overeating and was exercising every day for a major part of the day due to my career as well as living an active lifestyle). Basically, I had been feeling totally uncomfortable within my own skin and was becoming unhappy.

These symptoms started to just get worse and worse and build upon one another. I even had blood tests performed and to top it all off, a colonoscopy and endoscopy last year (I’m only 40). Even though the test results showed a lot of things that were not right (including a fungal infection within my stomach, hiatal hernia and some others), Western Medicine was not able to help me or guide me in the right direction and I was told that I was fine and had to do more yoga.

A year later, Dr. Ilya walked me through the findings of these medical reports, and I was finally heard and understood! There were some things on there that were not normal and needed attention!

He has indeed put me on the path to healing and I am just so thankful for him. He has an extensive amount of knowledge and has been able to communicate with me, how we need to heal my body and the paths to take. I’ve been strict with myself and my nutritional intake and it is completely paying off. I can see and feel the changes and FAST! My body was craving for healing. I am finally able to hear her and feed her the right way to clear the toxins and to heal my insides.

He works from a holistic forum, meaning “whole” approach. He is there as my teammate promoting winning the healthy race – guiding to help me reach my healthiest self ever! I must say, who would not want a teammate like that!