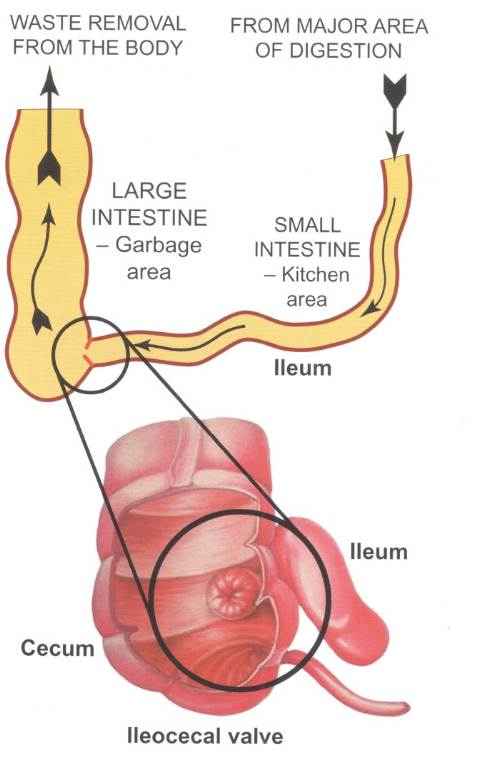 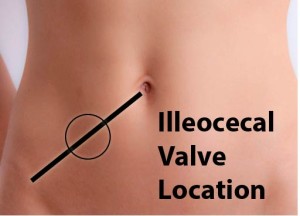 For our current population of patients we discuss the ileocecal valve with every single new patient and over 90% of existing patients.  It is just that important.

Imagine that the small intestine is the kitchen area of your bowel.  After food material has been processed and absorbed there, waste products proceed into the large intestine, which in part can be considered the garbage area — supposedly never to return to the kitchen.  The ileocecal valve, when functioning normally, prevents this backward movement.  when the valve fails to prevent the backward movement your body absorbs waste material, causing toxicity.  The toxicity can cause many types of symptoms and is sometimes called the “great mimicker.”  Overall the condition is called the ileocecal valve syndrome, meaning a group of symptoms caused by dysfunction of the ileocecal valve.  The ileocecal valve syndrome is often found in today’s population.  In fact, it is very rare for a person not to experience ileocecal valve syndrome at all.  (Although a somewhat unrelated subject – cancer is also very common in today’s society.  One out of every 2 men will get cancer in their lifetime and 1 out of every 3 women will get cancer in their lifetime.)  The toxicity caused by a dysfunctioning ileocecal valve (ICV) causes symptoms in the weaker or more susceptible areas of the body. 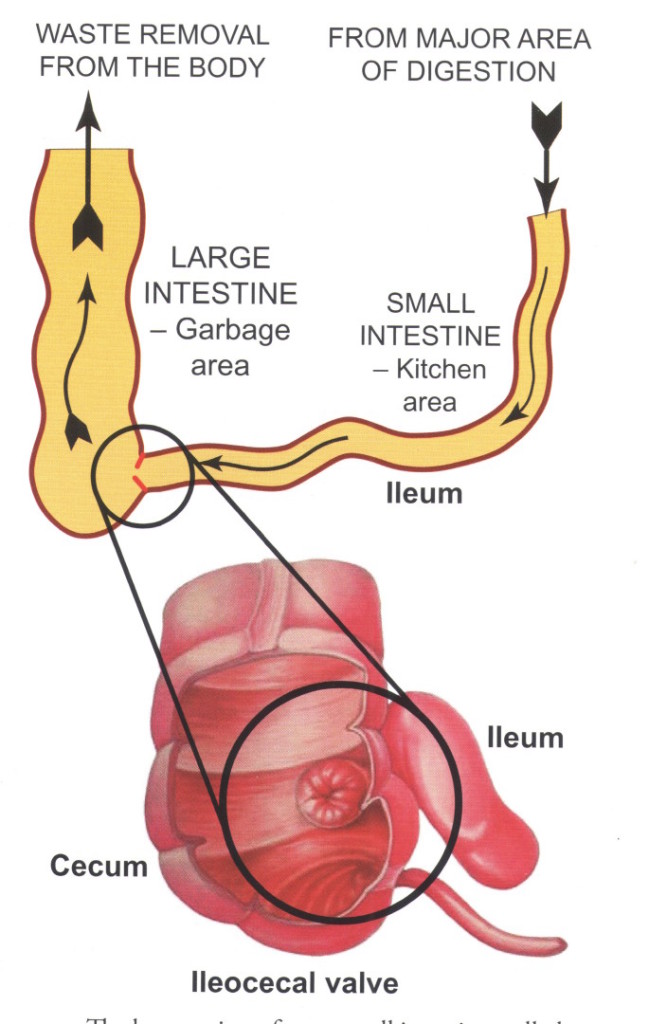 Please View Large Pictorial Above Which Describes the Movement of Food Through the Bowel.

We are able to get a fairly clear understanding of the flow of the bolus of food through the intestines from this large pictorial on the left.  Our digestive tracts are like one large tube.  The first part of digestion takes place when we think about food and begin to salivate.  Next, we smell the food which helps even more with the salivary process.  Saliva contains a variety of enzymes that help us to digest our food.  The food then is chewed (mastication) in our mouth.  Our tongue can taste different flavors in the food and it also helps to put the food back on to our teeth where we can chew it.  When we swallow the bolus goes down through our esophagus and then into our stomachs.  Our stomachs should have an acidity of about 1 or 1.1.  We have very acidic stomachs.  The stomach churns the food and helps to break it down.   It also uses zinc in the canonic anhydrase system to convert pepsinogen to pepsin.  The acid is added to the bolus of food.  This stimulates Cycle Cysteine Kinase to trigger pancreatic enzymes to be released from the pancreas as soon as the acidic food hits the duodenum.  Bile from the gallbladder is also released into the duodenum through the common bile duct.  The bile helps to break down fat and recirculate cholesterol as well as perform a number of other functions such as eliminating toxic material into the fecal material.  Now, the main part of the adsorption of the food takes place in the jejunum.  A major part of our immune system surrounds the gut in the form of what is called the Gut Associated Lymphatic Tissue (GALT) and the Mucososal Associated Lymphatic Tissue (MALT).  The ICV, as you will read about below, keeps the waste material, the material from which the nutrients have already been extracted, in the cecum of the colon and the good bolus of material from which more extraction needs to take place, in the terminal ileum.  The valve needs to open and close properly in order to allow waste to be removed and keep the nutrients still being digested and absorbed in the ileum.

The colon is an important organ that is partially responsible for the production of vitamin B12.  This happens in the presence of bacteria in the colon.  The colon helps with the adsorption of water.  It is an important part of mineral absorption and balance and it also plays a very important role in Vitamin D metabolism.  Also, the colon is very important in the elimination of toxins from the body.  The liver helps the colon to do its job by allowing the venous return to the liver through the inferior mesenteric veins and the venous portal system.  Waste is dumped into the venous return and the lymphatic system is crucial in the metabolism and excretion of this waste.  Proper water intake and physical movement of the lower limbs are important parts of this waste removal process.  The thyroid gland aids in bowel function so constipation is often linked to Thyroid disease.  Exposure to proper amounts of sunlight will also allow the colon to work properly.  Detoxification and skin health are intimately related…..  A toxic colon will often lead to low back pain, rosacea, hemorrhoids, gas, constipation, diarrhea, bloating, neck pain and a variety of other symptoms.

Function and Correction of the ICV

The valve functions under nerve control.  It is also influenced by some of the digestive secretions of the stomach and small intestine, as well as by emotions.  Correcting the valve’s function requires the efforts of your doctor and yourself.  Dr. Ilya Skolnikoff, using Applied Kinesiology, Total Body =Modification, and the Triad Of Health Chiropractic Kinesiology System of checks and balances, will examine you to determine the area of dysfunction, provide treatment to improve nerve control of the digestive system, and possibly recommend nutritional supplements to aid the digestive process and reduce irritation and inflammation.

Even when proper control of the bowel has been attained, the chances that the condition will recur are very great unless procedures are used to sooth the irritated bowel for a two-week or 3 week period.  During this time you should follow some basic dietary recommendations that include those outlined here.  It is best to avoid roughage foods that include nuts, seeds, spicy food, alcohol, chips, caffeine, popcorn, chips, beans, whole grains, almond butter, peanut butter, cashew nut butter and other nut butters.  It is also a great idea to avoid raw fruits and vegetables, including celery, cabbage, lettuce, carrots, apples, oranges, salads, pickles, tomatoes.  Some of these foods may be eaten if cooked.  At Triad Of Health Family Healing Center our patients do ok with raw celery and cucumber and lettuce and sometimes occasionally some other vegetables in moderation.  Some spicy foods to be avoided are Chili, peppers, tacos, black pepper, paprika and cinnamon.  Other things to be avoided are liquors or alcoholic beverages as already mentioned and also cocoa, chocolate and caffeine.

This is a temporary diet only, because the low roughage content is not healthy for the long term.  The Doctor will help you determine how long this type of a diet will be needed for. 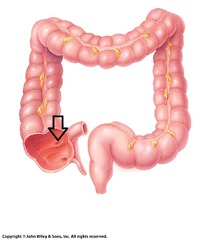