SILLY QUESTION: DOES WHAT YOU EAT AFFECT YOUR HEALTH? 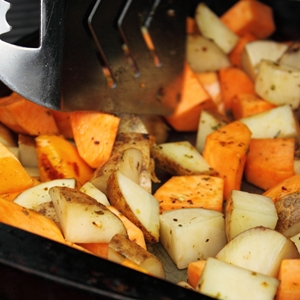 Yes, what you eat definitely affects your health.  Like-wise, what type of gasoline or fuel you put in the engine of your automobile will affect how your automobile runs.  This is common sense, isn’t it.  If you are a patient of Dr. Ilya’s please READ this article below.  It will help you with your health and with the effectiveness of the therapies that Dr. Ilya is doing with you.

I hope that you find this helpful and are able to integrate this information into your daily life in such a way that it brings about more love, joy, happpiness and truth into your life.

Was Atkins Right? Scientists Say Carbs — Not Fat — Are the Biggest Problem with America’s Diet.  There’s a growing body of scientific evidence that until now has been treated as nutritional poison: Fat is good, carbs are bad.

Just in time for the holiday-season blizzard of baked goods comes the news that carbohydrates — not fat — are more likely to be responsible for obesity, diabetes, heart disease, and the other ills of modern civilization.

The Los Angeles Times has a detailed report on the growing body of  scientific evidence that until now has been treated as nutritional poison: Fat is good, carbs are bad.

“The country’s big low-fat message backfired,” Dr. Frank Hu, professor of nutrition and epidemiology at the Harvard School of Public Health, told the Times. “The overemphasis on reducing fat caused the consumption of carbohydrates and sugar in our diets to soar. That shift may be linked to the biggest health problems in America today.”

Remember Robert Atkins? He’s the guy who was nearly drummed out of the medical profession for proposing that the way to get slim and stay healthy was to eat lots of meat and fat, and abstain from bread and potatoes.

The Atkins diet struck many as pure craziness. But study after study has shown Atkins more right than wrong. Carbohydrates — meaning plant-derived foods that are high in complex sugars — have been directly linked with elevated triglycerides (fat) in the blood; suppression of HDL, the so-called good cholesterol; increased production of low-density lipoproteins (LDL) that damage arteries; weight gain and high blood pressure.

Put all of these carb-related problems together and you have what medical researchers dub “metabolic syndrome.” According to the Times, 25 percent of Americans now exhibit at least three of the major symptoms of the syndrome, which include elevated triglycerides, low HDL cholesterol, fat bellies, and high blood pressure.

Now, oversimplification runs both ways. Not all fat is “good”: the fat from feedlot beef and factory-farm pork and chicken, which are fed loads of carbohydrates, has a different nutritional profile, higher in heart-disease-linked Omega-6 fatty acids, than those that eat their natural diets and forage on pasture, which are rich in Omega-3s. (The Eat Wild website collects the scientific literature on the differences.) And not all carbs are “bad”: complex carbohydrates from whole-plant-based foods cause less of a spike in blood sugar than do refined carbohydrates, i.e. processed foods.

Says Dr. Walter Willett, chairman of the department of nutrition at the Harvard School of Public Health: “If Americans could eliminate sugary beverages, potatoes, white bread, pasta, white rice and sugary snacks, we would wipe out almost all the problems we have with weight and diabetes and other metabolic diseases.”

I should know: I’ve lost a ton of weight in my middle age and turned my cholesterol readings around by giving up carbs and embracing a diet heavy in pastured meat, eggs, and cheese. I still enjoy salads and green vegetables out of our garden. But I blow up like a balloon if I try even a little dessert. I can’t eat bread. Beer is strictly taboo.

I know it sounds looney, but fat keeps me slim — or what passes for slim in my universe.

Turns out the only two macro-nutrients essential for human survival are protein and fat. Carbs in the form of grains and sugar are a very recent innovation in evolutionary terms, yet Americans may be consuming twice as much of them as they should, thanks in part to decades of medical advice and food marketing urging us to cut back on fat.

Meanwhile, a growing movement says we should abstain from meat to save the environment. Does this latest science not create a real dilemma for those advocating a more plant-based diet? What does it mean for our Dietary Guidelines for Americans, which place carbohydrates at the foundation of healthful eating? And what about the orange juice, chocolate milk, and sugary cereals that most schools feed kids for breakfast every morning?